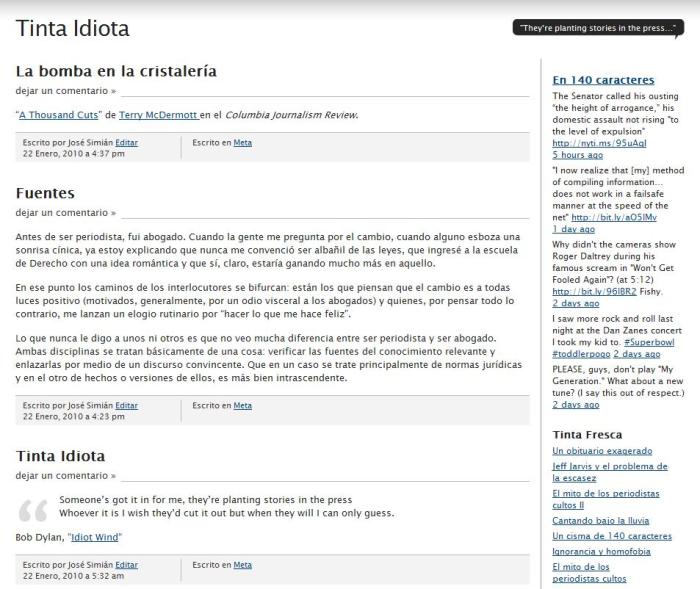 Just as if I had unlimited free time on my hands instead of none, I have decided to start a new blog on media. Tinta Idiota is a blog in Spanish about the digital revolution and journalists I admire and loath.

Why “idiot ink”? Because, paraphrasing Hölderlin, we are geniuses when we think, but idiots when we write. (Particularly if we are journalists, you might add.) Additionally, because of the volatile state of media, the printed word looks at times sad and stupid, while digital ink looks presumptuos, unstable and stupid. And, last but not least, because of those first verses in Dylan’s “Idiot Wind.”

As journalists, we are idiots, babe. It’s a wonder we can even feed ourselves.